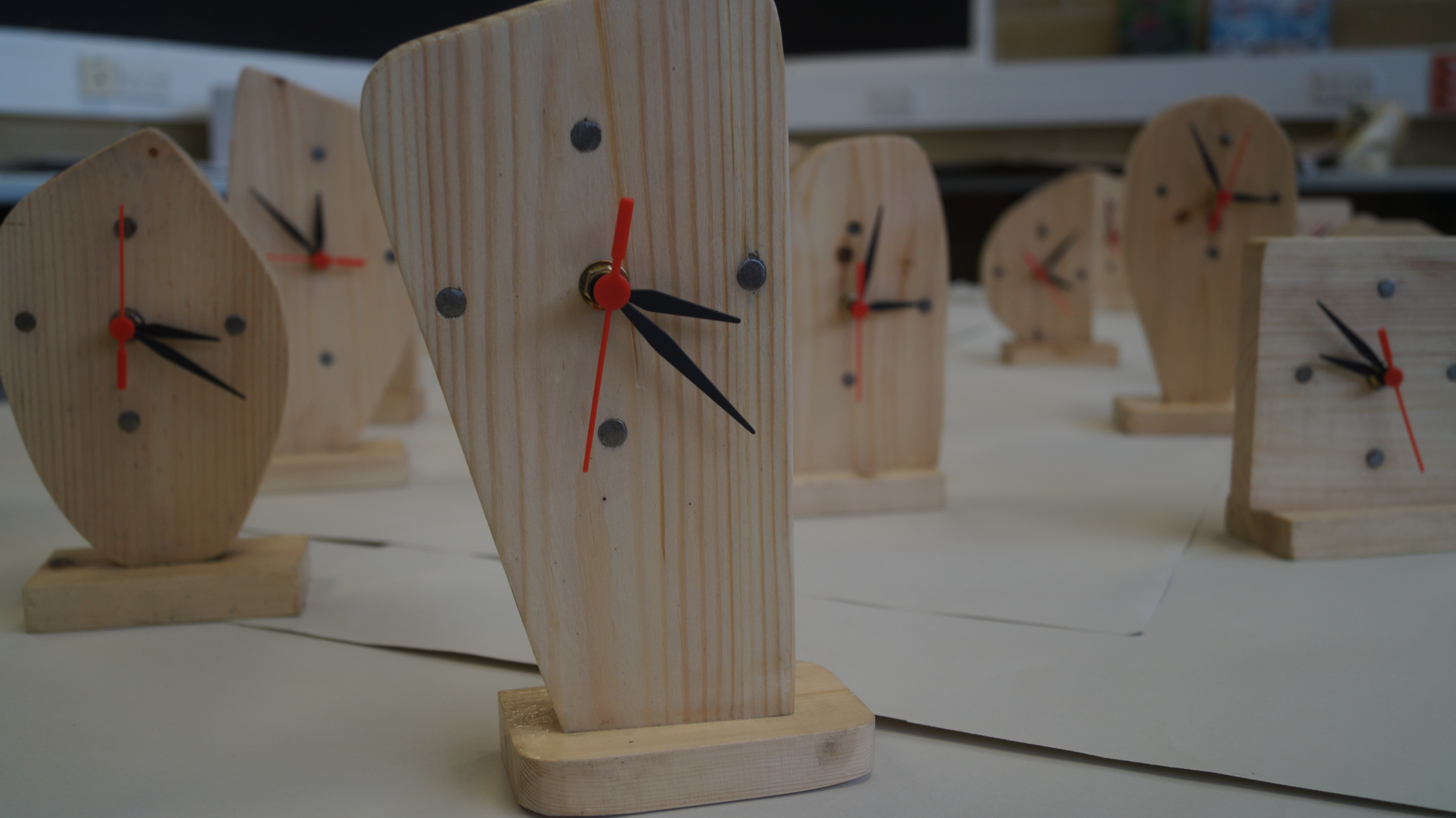 This information gives an overview of an academy Trustee’s responsibilities.

Trustees have a strong focus on three core strategic functions:

Trustees are appointed to provide:

Trustees are expected to:

Trustees are involved in the following activities: 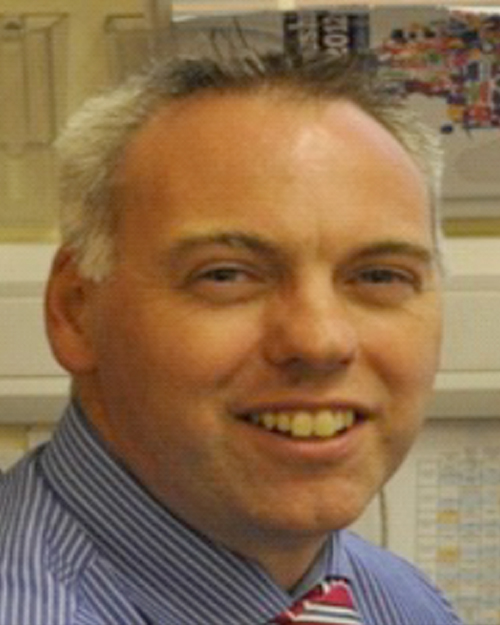 Chris has lived Newent for 23 years and has a close association with the Town.  He spent the early part of his career at Newent Community School and Sixth Form Centre and, therefore, feels passionately about education and the quality of education that Newent provides for local students.  Chris is a keen cricketer and is Chairman of Newent Cricket Club.  He coaches the junior members, many of which attend Newent School.   Chris is also involved with cricket development at County level, and is Manager of the County Under 15 side.  Chris has recently started to run and is a member of Newent Runners and has recently taken his leadership in running qualification. 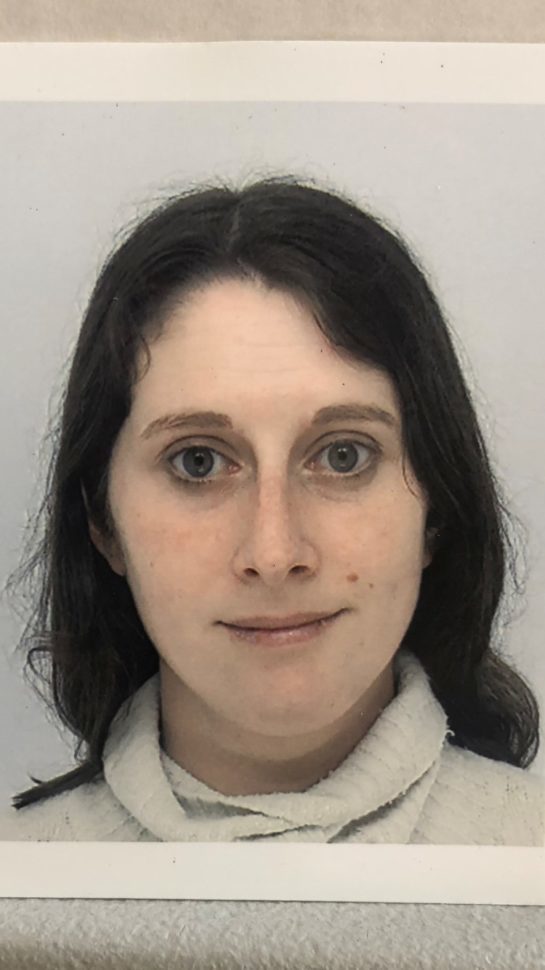 Investing time into our younger generation is something I feel particularly passionate about. As they spend a substantial amount of time in education it only seems fitting that I am part of the team that quantifies and supports this system.

One of my key principles is to help where possible and providing governance is a way to help many of the next generation.

I was born and raised in Gloucestershire and my professional background is in accountancy.

In my spare time, I volunteer coach gymnastics at one of the local clubs.

I am really looking forward to working with the school to drive it in a positive direction. 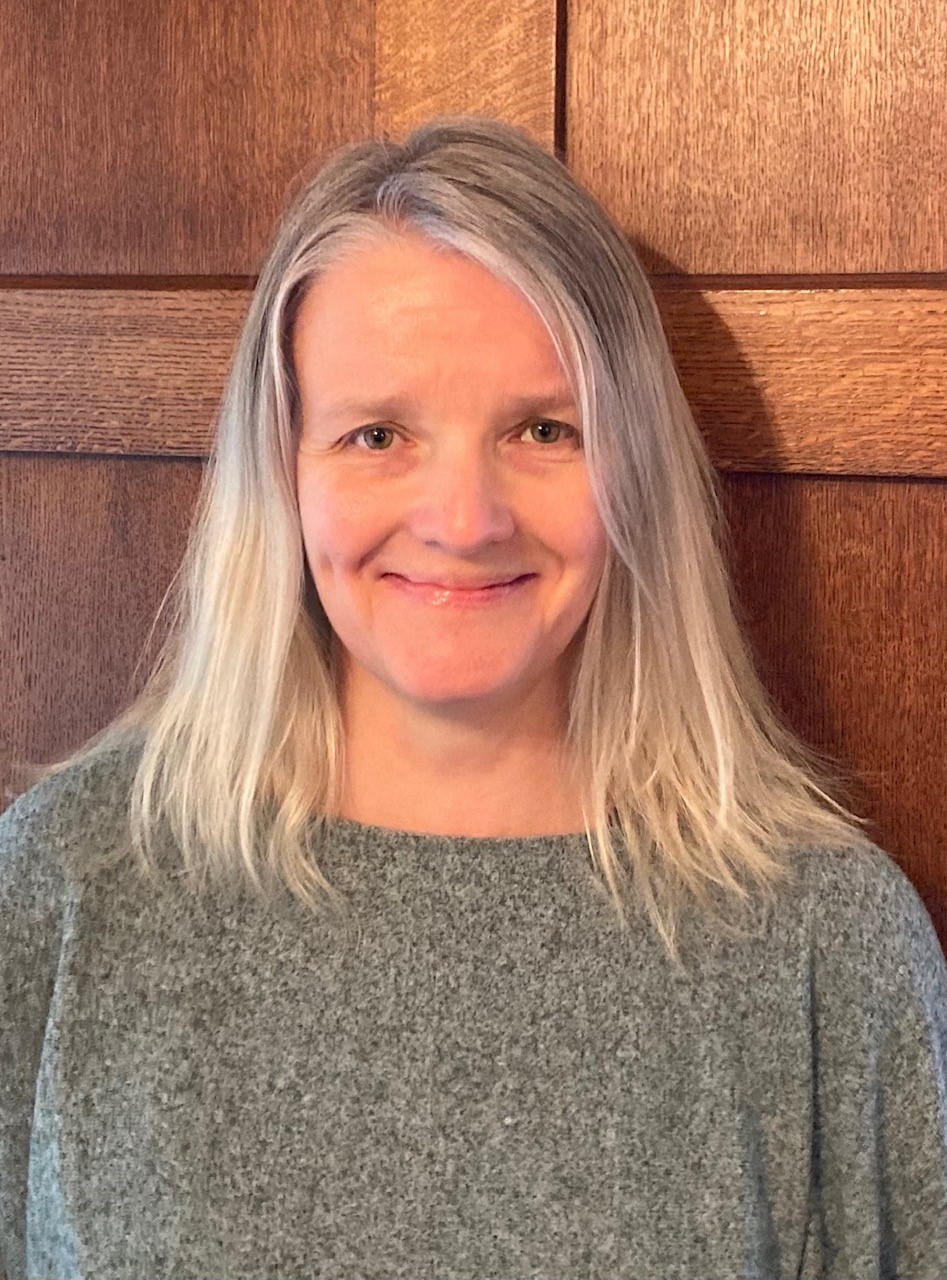 A former pupil of Newent Community School and Sixth Form Centre, Nicola has worked in various educational roles in both London and Gloucestershire. Currently a Key Stage 1 Primary Teacher, she has also worked in the education department of the Victoria & Albert Museum and spent 10 years as an Early Years Teacher. Having started her teaching career in London, she moved back to Gloucestershire in 2004 with her husband and young children. She has three children, two still attending Newent and one moving onto university. Although new to being a governor Nicola has extensive experience as a volunteer in the education sector having been chair of both her local toddler group and playgroup and also a long standing committee member for her primary school fundraising group. As a governor Nicola looks forward to supporting and challenging the work of the school as it continues to move forward in providing excellent learning experiences and opportunities for all students. 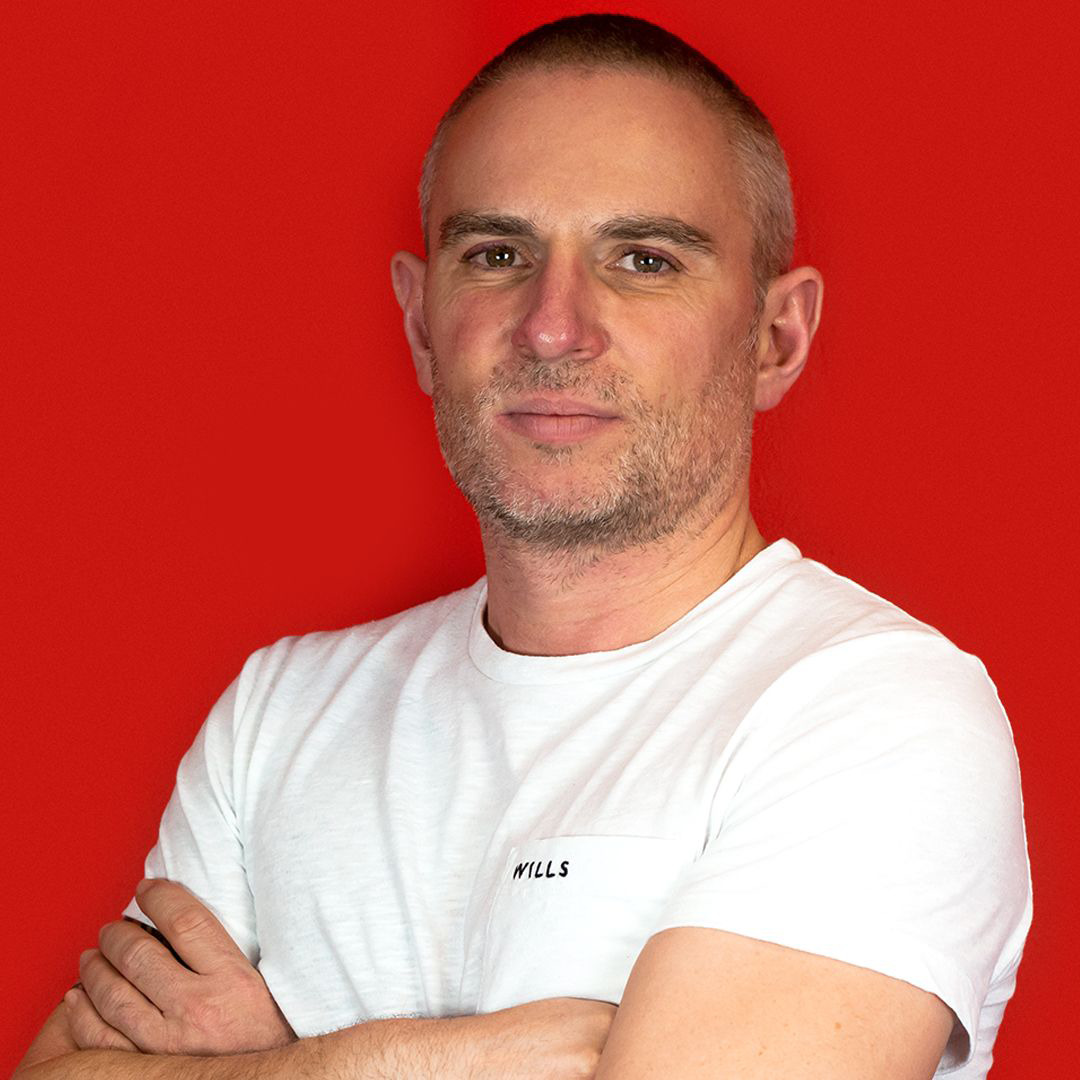 Andy Barr held senior roles at a number of global companies such as AXA, and FirstGroup (amongst others) before then co-founding a public relations and creative agency. He has advised political parties from the UK and overseas on areas such as digital public relations and crisis communications. Outside of work he has a second job as a chauffeur to three children who enjoy various sporting activities and he runs the Mini and Juniors section of Newent RFC. 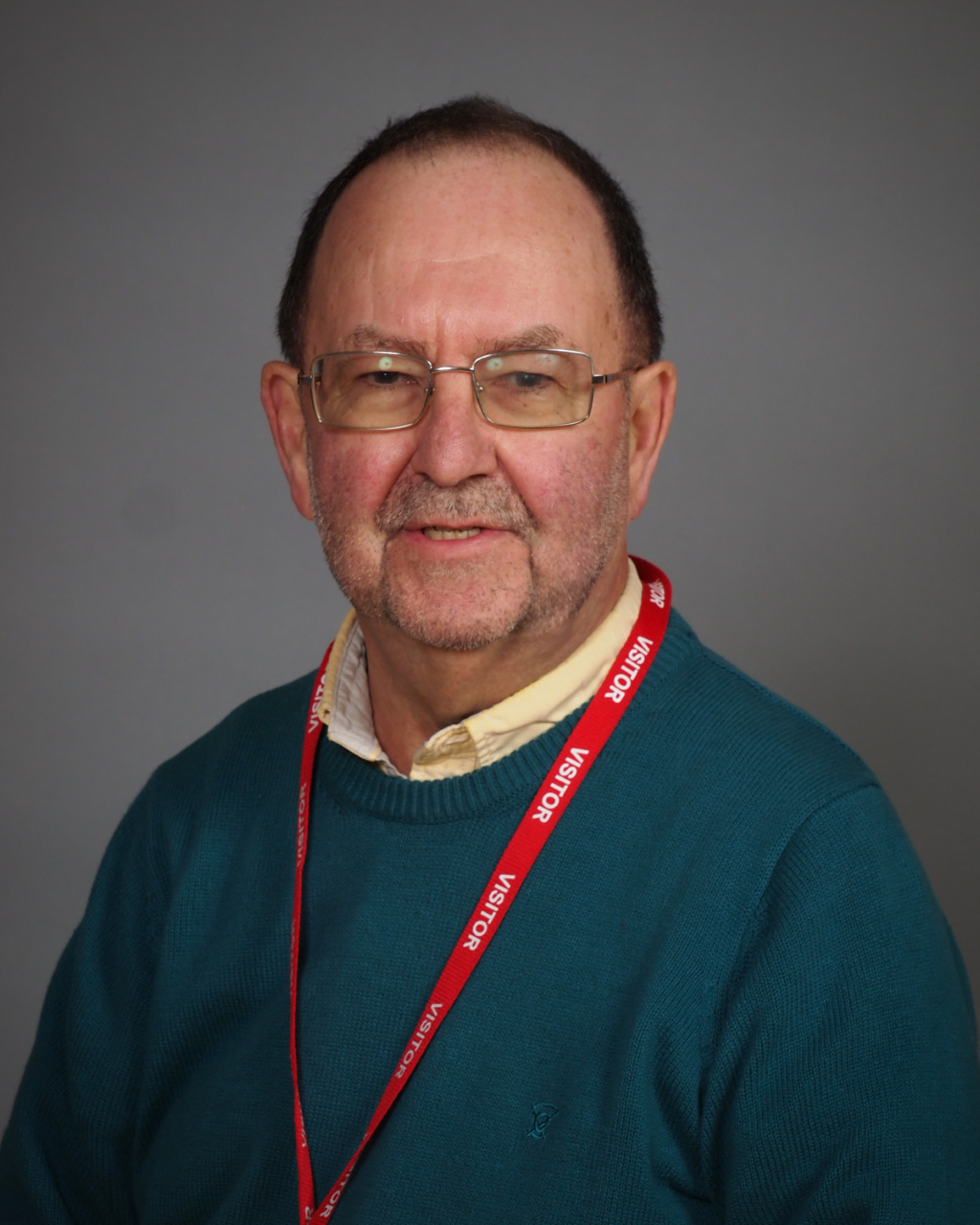 For our society to become the society I passionately believe in, we need to fully invest in our children and that is why I became a governor of Newent Community School in late 2020.

My background is working in various European Countries for multi-national advertising agencies . Before moving to Gloucestershire, in 2016 and building from scratch the house we live in, I was both a District and County Councillor. I also served and chaired Norfolk’s Childrens Services panel and currently serve on an Adoption Panel. My hobbies are Cricket, Flying and old cars. 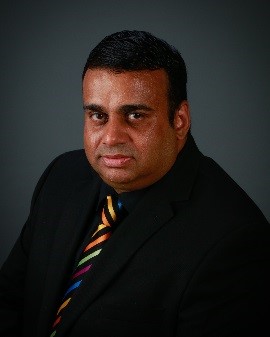 Sanjeeva has been teaching Computing and ICT for over 16 years and has been at Newent since September 2017. He has previously been a staff governor at another school in Gloucester and has worked in a variety of different types of secondary schools throughout the country.

Sanjeeva is currently Head of Computing and ICT at Newent School with a keen interest in technology.  He is keen to develop the literacy and maths skills of all pupils at Newent and developing pupils to ensure they all meet their potential. 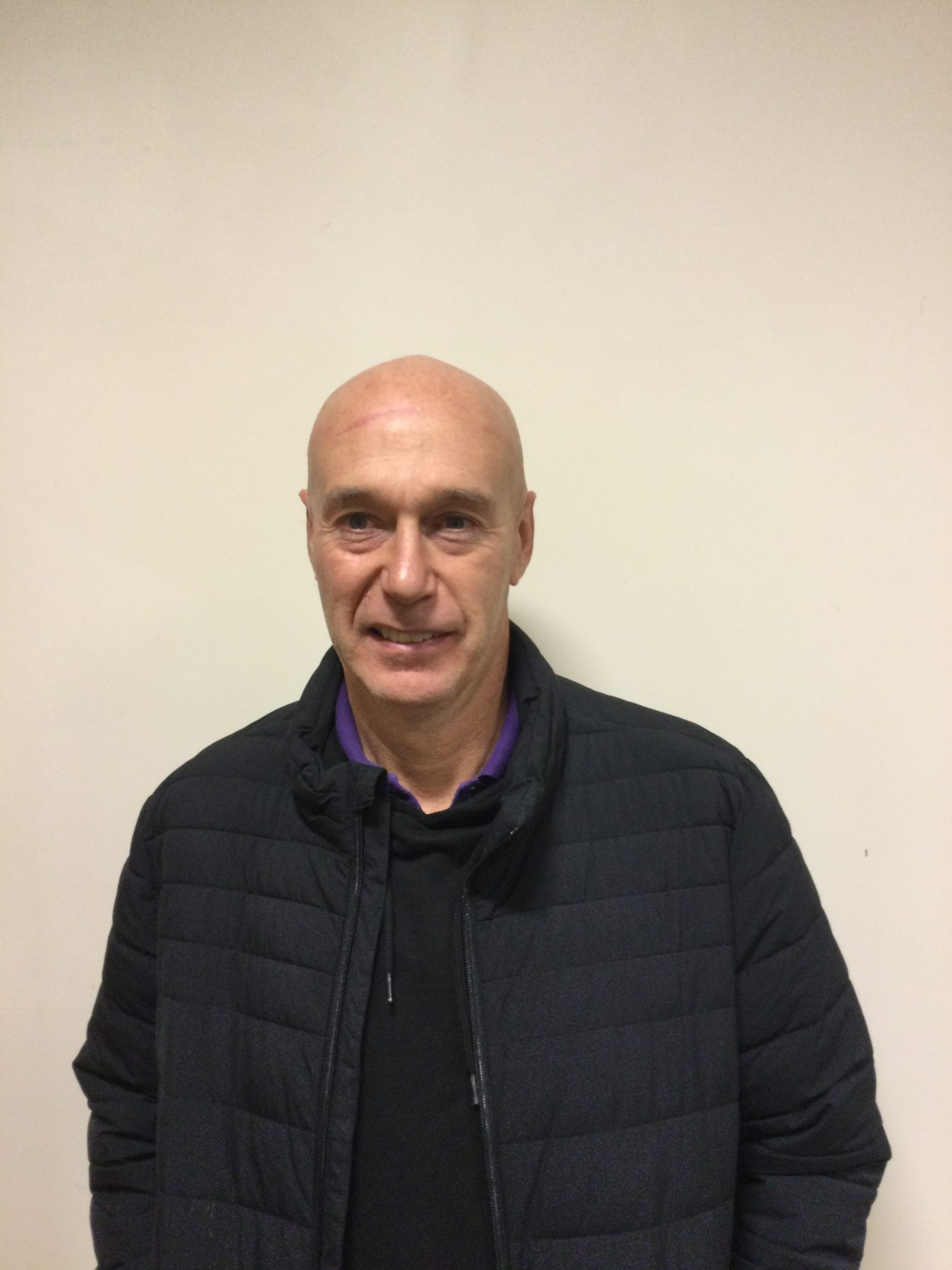 Mark became a governor at Newent Community School in May 2019, he has one daughter at the school and his youngest son is due to start in Sept 2019.   Mark was a pupil of Newent Comprehensive many years ago and his eldest son also attended 6th form here 10 years ago. Mark has worked his entire adult career in the telecoms sector having started in the RAF before moving to the civilian side where he is currently an Implementation manager for an international Telecommunications company.

He spent nearly 18 years as a adult leader in the Scout movement leading activities, camps and expeditions for young people around the UK and Europe. He has held a number of outdoor activity qualifications and understands that sometimes a more vocational approach to education suits some young people better than a purely academic one particularly those from a disadvantaged background helping them to achieve more in life.

He has also been involved with other organisations supporting young people. Mark is also a governor at a primary school in Gloucestershire having held a position here for 5 years, his current role is vice chair. In his little spare time he enjoys being outdoors, cycling off road and exploring historical & industrial monuments. 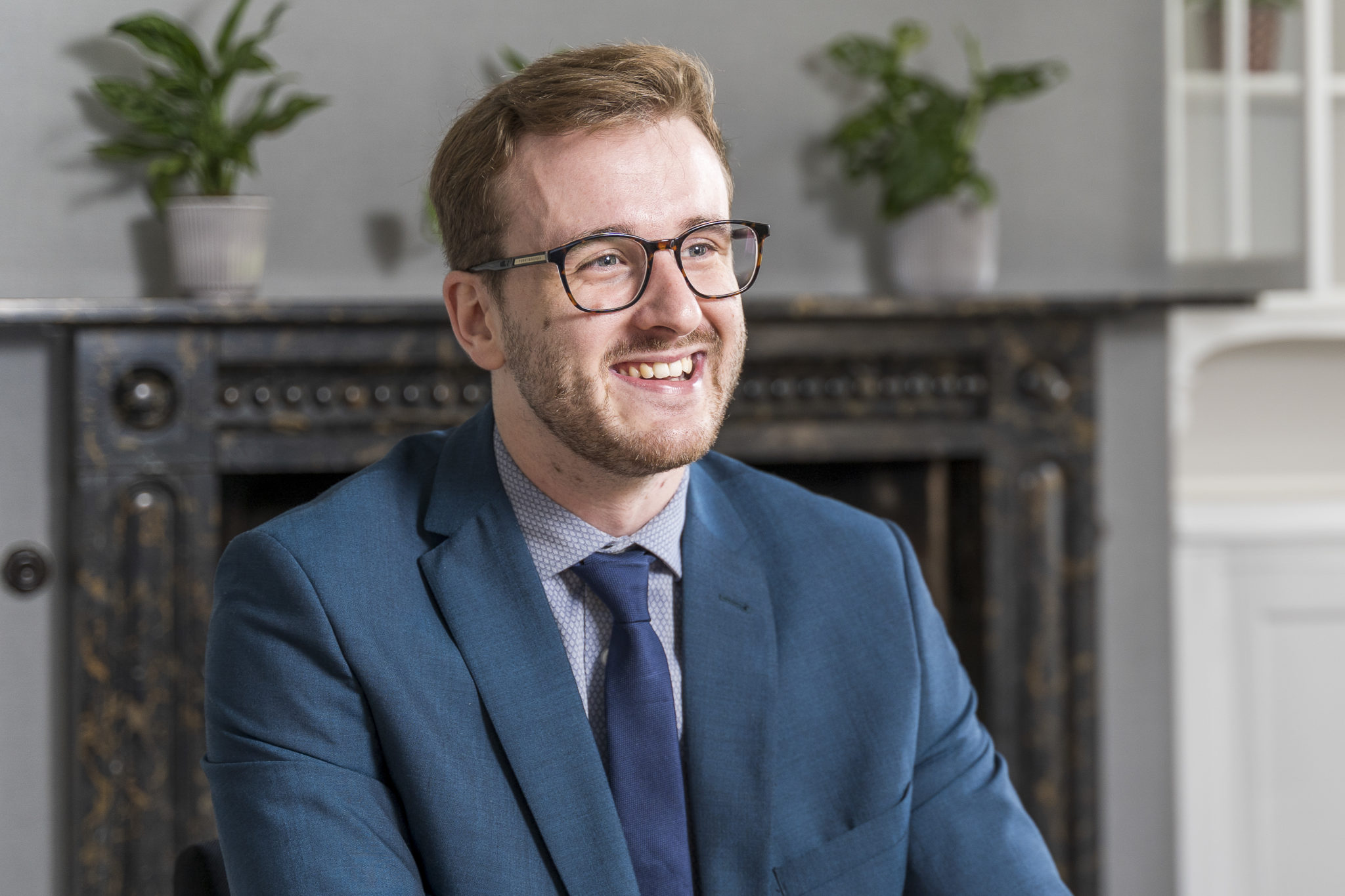 Having grown up his entire life in Gloucester, Zak attended The Crypt Grammar School before obtaining his degree in Mathematics from Exeter University.

Following graduation, Zak obtained his ACA and Audit qualification and through this has worked with many Companies, Charities, and Academies in the Gloucestershire area. He is currently employed as the Finance Manager at a local business operating within the Sports Industry.

In his spare time, Zak is a big Rugby and football fan and a keen golfer! 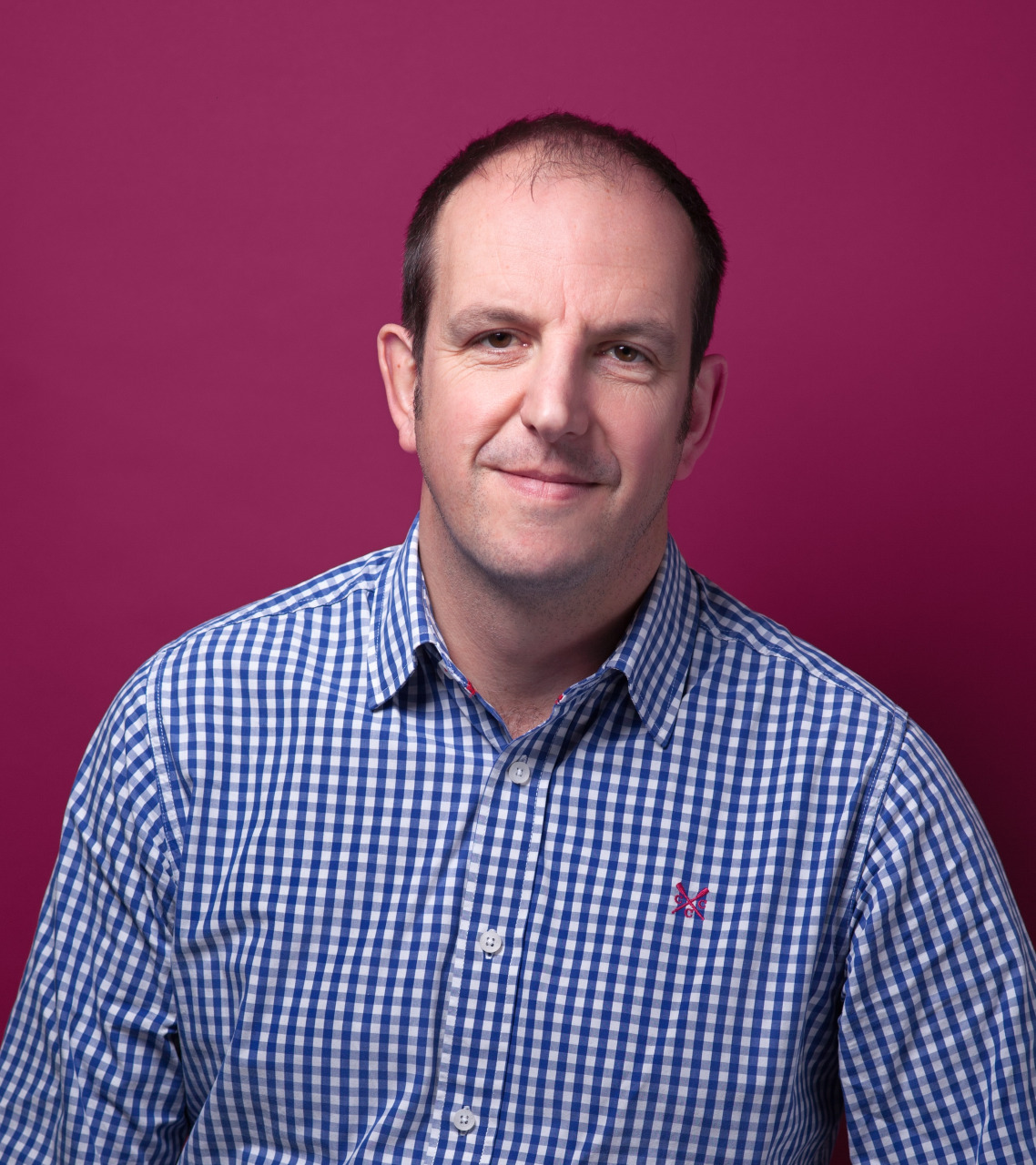 Gareth grew up in Gloucester and is an ex-student of Sir Thomas Rich’s. He then moved to Chelmsford where he studied for his degree, before returning in 1998. He is married with two children, and is the founder and Managing Director of an established local marketing company. He has worked at a strategic level with some of the biggest brands in the UK, along with start ups and a variety of local SMEs. These have included both commercial and not-for-profit organisations. He has also played an active part in the development of youth football and rugby teams in the local areas. 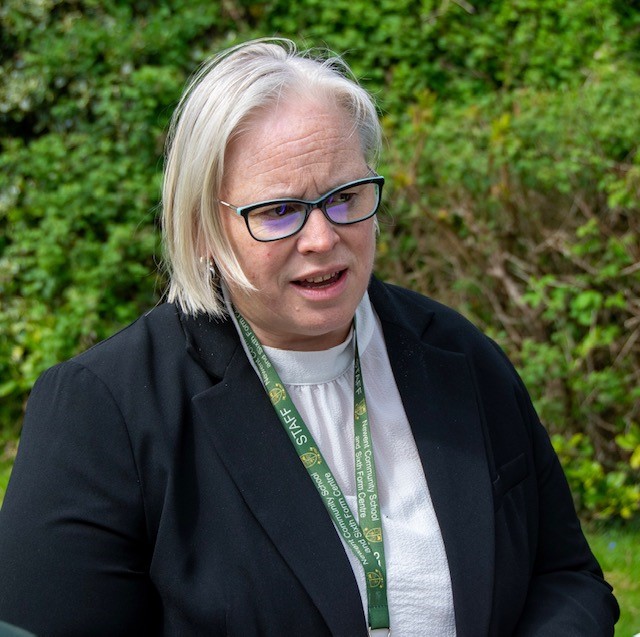 Dawn has been teaching for just over 20 years, working in a variety of contexts and boroughs. Being Gloucester born, returning to her home county has been a welcome surprise to her and her family.

Teaching wasn’t her first thought though as she did research for a while, before realising her heart was in helping others understand her subject and finding ways of making this understanding grow. Over time this love for science has beeen joined by a love for learning, and how to lead learning.

From the moment she arrived at Newent the School stood out as a community striving to be and do the best for its students. As part of this incredible team she hopes to see staff and students move into an amazing future together, all being the best that they can be. 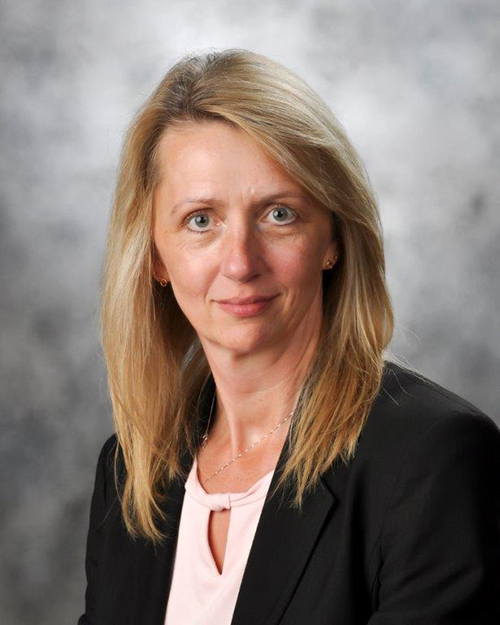 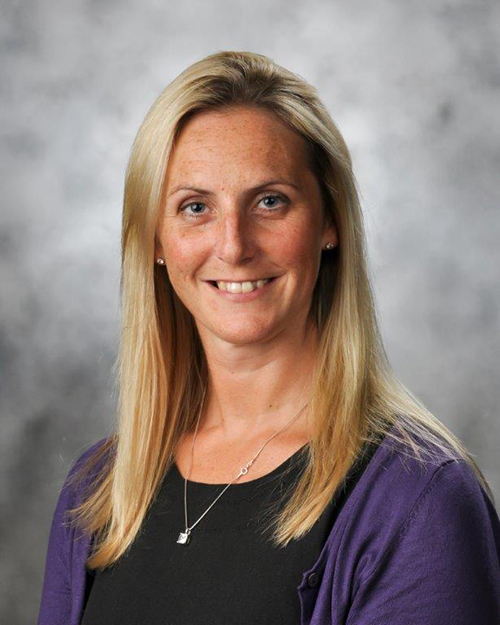 Clerk to the Trustees

Members have a distinct but limited role, however, an incredibly important one. Members act as the ‘guardian’ for the effective operation of the Trust by ensuring through holding the Board to account that the organisation is well managed and governed.

The principle rights and powers that Members have to achieve this are: 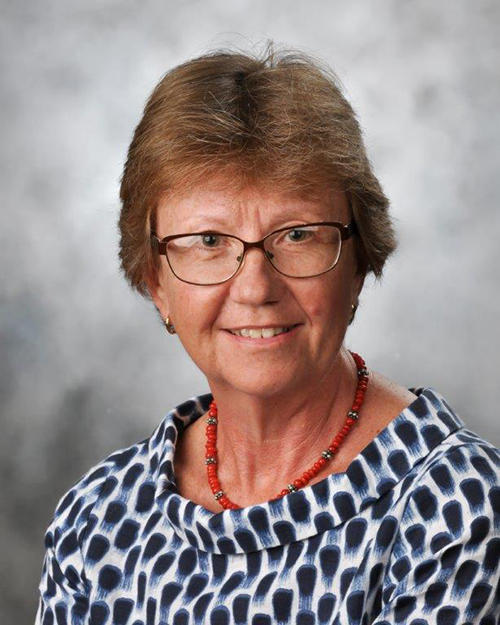 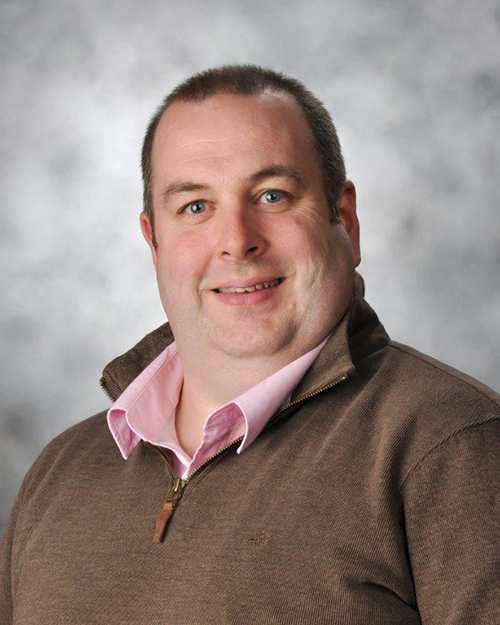 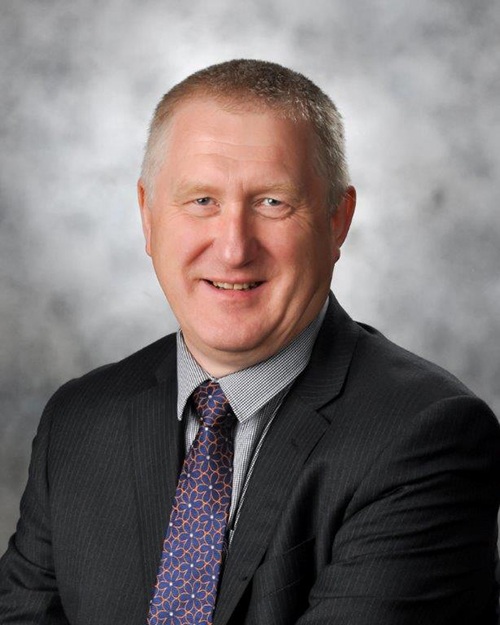 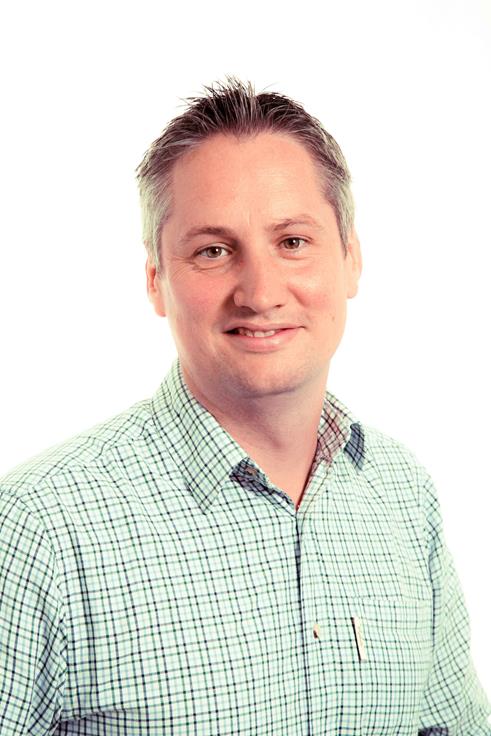 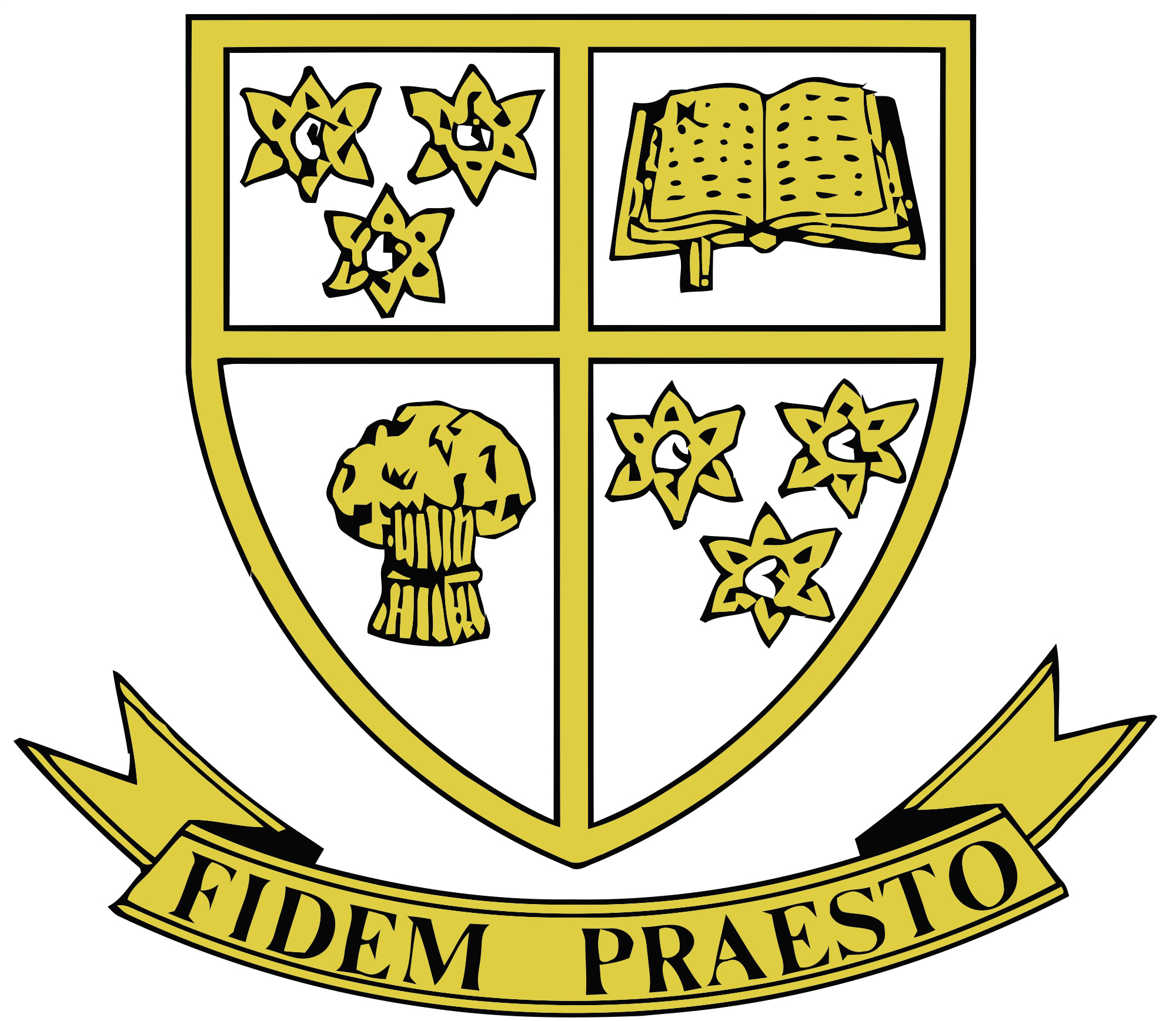