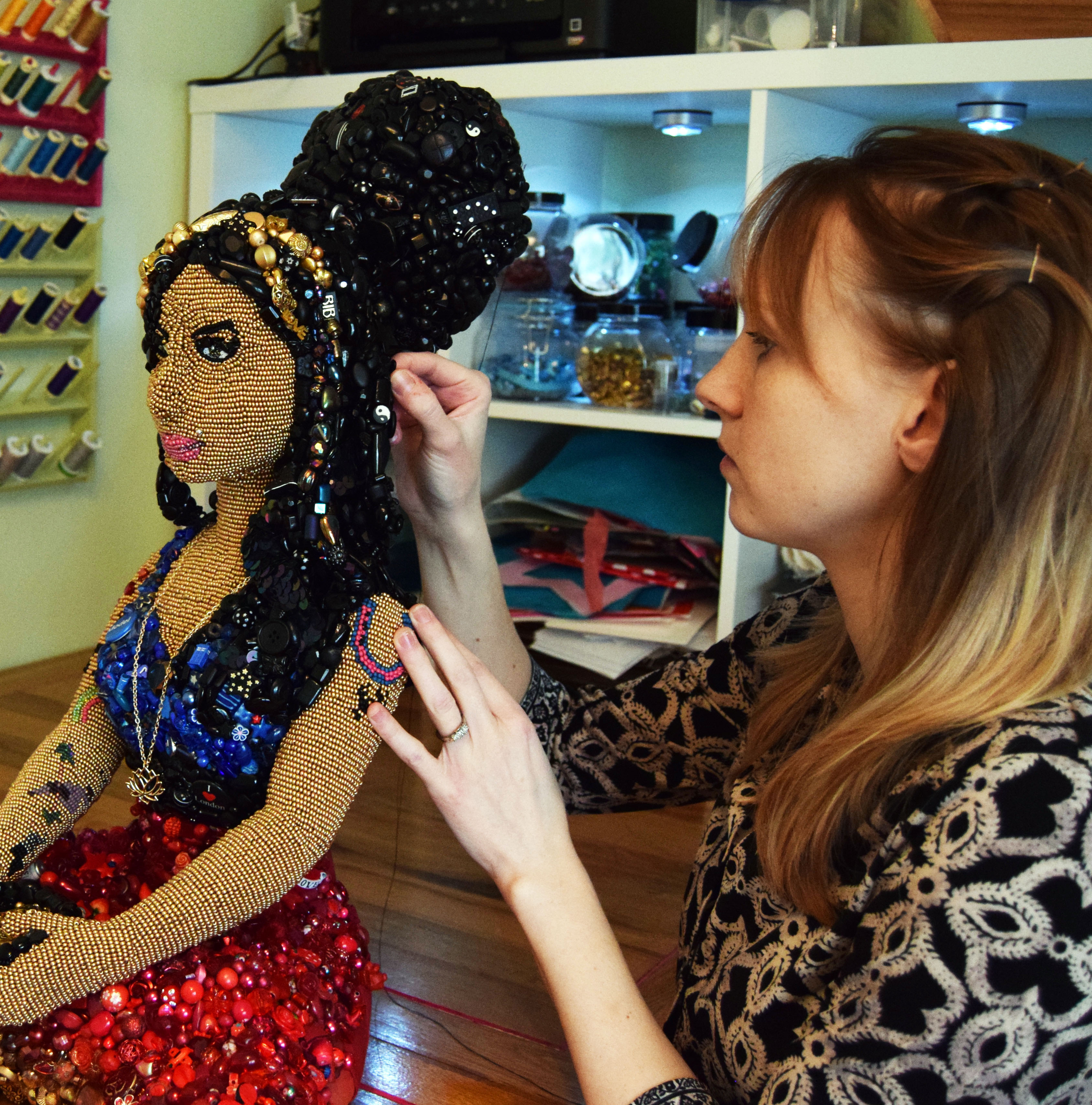 A former Newent Community School artist is delighted to have featured in one of the world’s most prestigious exhibitions.

Following her success at the Royal Academy of Arts’ Summer Exhibition in London, Sarah Gwyer, who attended the Watery Lane school from Year Seven to her A’ Levels in 2003, and who has previously been shortlisted for a national artist of the year award, is now working on fresh celebrity-inspired creations, some of which will be on display in Gloucestershire. 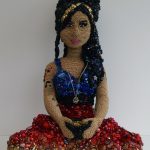 Sarah was selected to show at the Royal Academy of Arts’ Summer Exhibition in London, her ‘Amy Remixed’, a mixed media sculpture of Amy Winehouse, was displayed alongside works ranging from paintings, drawings and sculptures to film and photography, by both internationally acclaimed artists and other rising stars of the art world. It sold in the first week for a four-figure sum and Sarah is also thrilled at the new opportunities displaying her work to such a large audience is now bringing.

The 32-year-old who lives in the Cotswolds and describes her work as contemporary pop, drawing on influences from Andy Warhol to Damien Hirst, said: “It has been such a thrill to exhibit alongside artists I so admire and for my work to be seen by so many thousands of people.” 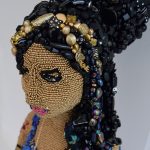 “I was also chosen to be featured in the BBC2 documentary on the exhibition so my work has reached an even wider audience. Showing at the Royal Academy has opened up lots of opportunities for new artworks which I am currently working on.”

New pieces Sarah is working on following her exhibition success include two beaded sculptures, one featuring Beyoncé while pregnant with twins.

Newent Community School Principal Alan Johnson said: “It’s marvellous to see yet another example of a Newent Community School pupil going on to achieve such success. To exhibit at the Royal Academy is a great accolade and we are extremely proud of Sarah. Staff here work tirelessly to help all pupils fulfil their potential and art is just one subject in which students have gone on to top-level success.” 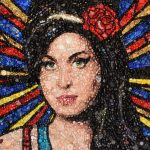 Sarah added: “I had the best possible start in my art career at Newent School. My teachers were fantastic and their encouragement and support in the early days gave me the confidence to continue in a career that requires a lot of determination. At school I was able to take two separate Arts courses which meant I had a really wide range of experiences and skills meaning I’m now able to work in many mediums.”

After leaving Newent, Sarah studied Fine Art in Cardiff and then did a Masters in Printmaking at the University of the Arts, London. By the time of her graduate show she was exhibiting simultaneously in London and New York.

Working in textiles, sculpture and print, her work reflects themes of celebrity, consumerism and commercialism and features familiar faces and pop imagery. She says she aims to merge the boundaries between art and craft practices, pushing traditional ways of working to new levels and audiences.

She hit the headlines in 2009 for her debut exhibition on the theme of modern day icons which featured Princess Diana, Princes William and Harry, Kate Moss and Kate Middleton with halos.

In 2007 she was shortlisted for the prestigious Welsh Artist of the Year award for her sparkling bead portrait of Charlotte Church.

The exhibition, which has just ended, ran at the Royal Academy in Piccadilly. Following her success there a fresh Amy Winehouse-inspired piece can be seen at various locations around Gloucestershire this Autumn as part of Big Heart 2017.